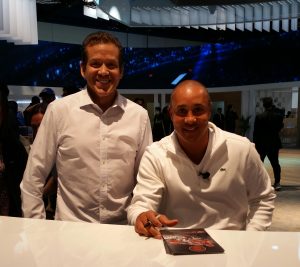 John Levell Starks http://www.johnstarks.org/ (born August 10, 1965) is an American retired professional basketball shooting guard. Starks was listed at 6’3″ and 190 pounds[1] during his NBA playing career. Although he was not drafted in the 1988 NBA draft after attending four colleges in his native Oklahoma, including Oklahoma State University, he gained fame while playing for the New York Knicks of the National Basketball Association in the 1990s.
Consumer Electronics Show (CES) 2017, Las Vegas Convention Center, January 7, 2017
—————————————————— 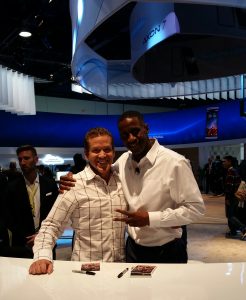 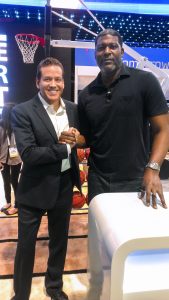 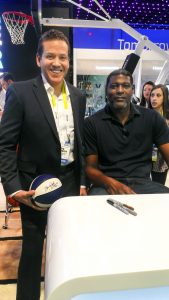 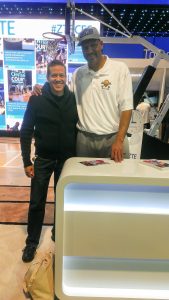 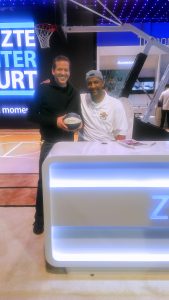 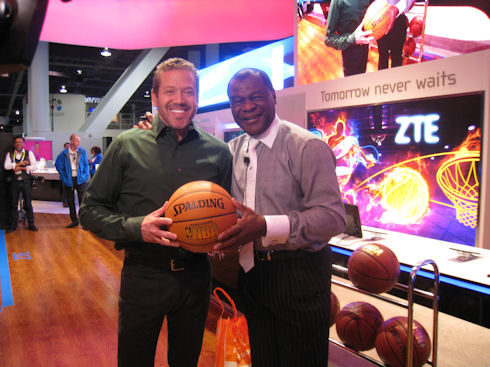 Calvin Murphy, a retired American professional basketball player in the National Basketball Association (NBA), Hall of Fame member.
Gig had an opportunity to shoot free throws with Calvin Murphy but did not.  Gig knew that Calvin once held the record in the NBA for consecutive free throws made. Gig told Calvin that he played basketball in high school but was not good enough to play in college (a Division 1, top 64 tournament team in the country). Calvin asked Gig where he was from and when Gig told Calvin New Jersey, Calvin said he was from the same “area” Connecticut.  Gig thinks that Calvin also said that his sister was from Elizabeth, New Jersey. Calvin had a lot energy and a strong presence so Gig told Calvin that he was a showman with great personality. In person Calvin appears to be about 6 feet tall or taller but was actually listed in the NBA at only 5’9″.
International Consumer Electronics Show (CES) 2015, Las Vegas Convention Center, Las Vegas, Nevada, January 9, 2015
————————————————————————- 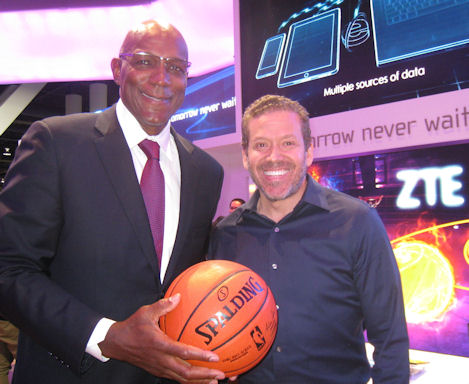 Clyde “The Glide” Drexler, a retired National Basketball Association (NBA) player, Hall of Fame member and ten-time All-Star, chosen in 1996 as one of the 50 Greatest Players in NBA History to honor the fiftieth anniversary of the founding of the National Basketball Association (NBA).
Immediately following Gig’s meeting with Clyde a film crew from ZTE asked Gig to do an on camera interview which he obliged. ZTE is a Chinese multinational telecommunications equipment and systems company, and was the host exhibitors booth that Clyde Drexler was representing at the International Consumer Electronics Show (CES). ZTE will probably use Gig’s interview for publicity and promotional purposes.
International Consumer Electronics Show (CES) 2015, Las Vegas Convention Center, Las Vegas, Nevada, January 6, 2015
————————————————————————–
Gig has met and been in the presence of many professional athletes. On January 7, 2014 at the International Electronics Show (CES) convention Gig stood shoulder to hip with Shaquille O’Neal while watching a youth hip hop dance crew perform at the Monster headphones 1st ever unveiling of the Lamborghini Veneno Roadster equipped with high performance audio by Monster. Gig said that the size difference between the two of them was staggering.
————————————————————————– 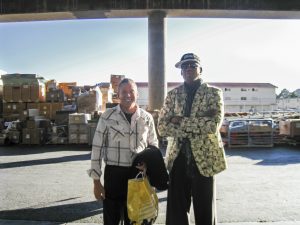 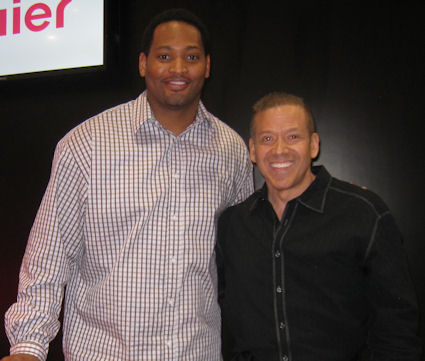 Robert Keith Horry Jr., a retired NBA basketball player and current sports castor with ESPN. One of only 2 players to win NBA championships with 3 different teams: 2 with the Houston Rockets, 3 with the Los Angeles Lakers and 2 with the San Antonio Spurs, 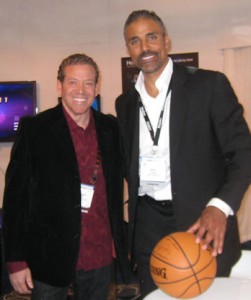 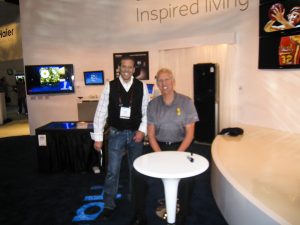