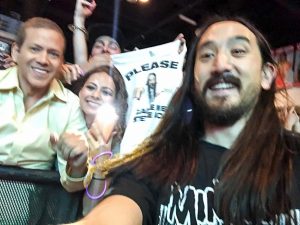 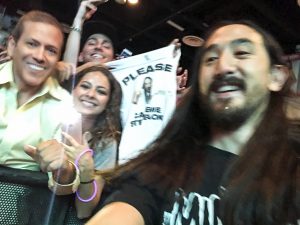 Event was attended by President Bill Clinton, Catherine Cortez Masto and Ruben Kihuen who all gave speeches prior to Steve Aoki’s performance

Steven Hiroyuki “Steve” Aoki (born November 30, 1977) is an American electro house musician, record producer, and music executive. In 2012, Pollstar designated Aoki as the highest grossing dance artist in North America from tours. He has collaborated with producers and vocalists such as will.i.am, Afrojack, LMFAO, Iggy Azalea, Lil Jon, Laidback Luke, and Louis Tomlinson, and is known for his remixes of artists such as Kid Cudi. Aoki has released several Billboard-charting studio albums as well, notably Wonderland, which was nominated for Grammy Award for Best Dance/Electronica Album in 2013. He is the founder of the Steve Aoki Charitable Fund, which raises money for global humanitarian relief organizations. His father Hiroaki Aoki founded the popular Japanese cuisine restaurant chain Benihana.

Above photos were taken by Steve Aoki after his performance using the phone of the male, above the girl, holding the t-shirt asking Steve to choose them for the Cake-Face. Part of Steve’s performance custom is to do what he calls Cake-Me or Cake-Face where he throws a cake in someone’s face. On this night Steve chose two people. One that was part of the political campaign staff and the other was the girl beside Gig who was holding the t-shirt to attract Steve’s attention, and was on the shoulders of the male beside Gig. Click here to see video or view below.

Gig was covered in cake and it was on and down his shirt. Below is a photo of the cake remnants on the floor in front of him 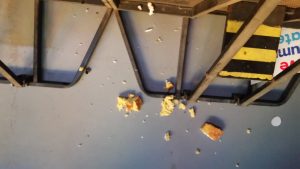 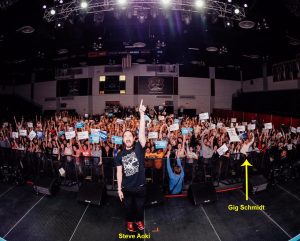 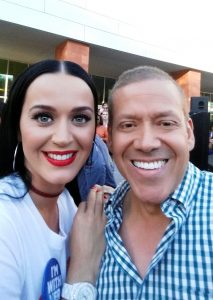 Katy Perry, University of Nevada Las Vegas (UNLV) Get Out The Early Vote Rally and Canvas Launch with U.S. Senate candidate Catherine Cortez Masto (D-NV), October 22, 2016
The event was not advertised or promoted through traditional channels. When Gig found out about it the previous day, he scheduled to attend. He then received an email and a phone call the same morning from the Democrat Campaign Party to remind him of the event and to confirm his attendance.
——————————————————————————- 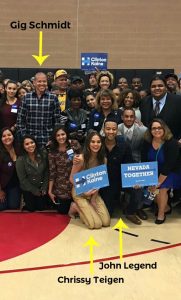 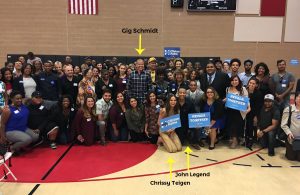 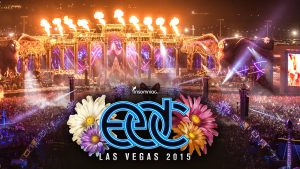 On Friday June 19, 2015 Gig attended the Electric Daisy Carnival (EDC) http://lasvegas.electricdaisycarnival.com/ at the Las Vegas Motor Speedway http://www.lvms.com/ which might be the largest music festival outside of Europe with approximately 400,000 attendees over a three day period. Gig attended the opening night with an estimated 134,000 attendees but stayed in the VIP area of one of the music stages the entire time. Gig arrived before the music started at approximately 6:00 pm Friday June 19, 2015 and stayed until after all of the music ended at approximately 7:00 am Saturday June 20, 2015.
Gig attended during a time Las Vegas was setting a record for the hottest June on record, and the most consecutive days of daily high temperatures exceeding 105 degrees.
Gig wondered if EDC is a modern day version of “Woodstock” for electronic music. 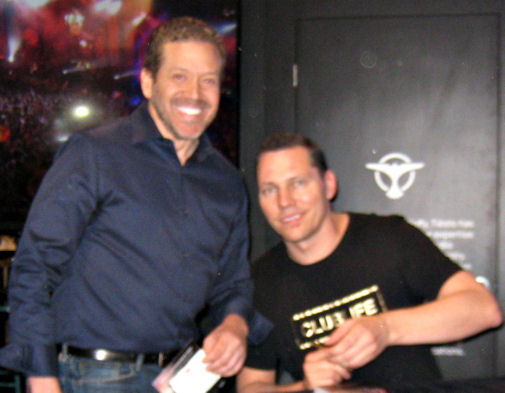 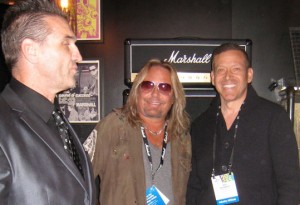 Pictured in the center

Pictured to the far left

If Gig writes a book, he says that he may include a detail about his encounter with Ken Shamrock.

Gig has met a lot of people in the music industry and has been to many concerts. He has even been backstage before, during and after concerts.

For example:
November 22, 2013 Gig was backstage for the concert with Drake and guests Miguel and Future, and attended Drake’s sound check before the concert.

November 23, 2013 Gig was backstage for Michael Buble where he watched Michael throw around a football before the concert and listened to his traveling crew speak French and English interchangeably. In jest, Gig says that he assumed they were Canadian when he observed someone listening to a professional hockey game on the radio.

November 29 and 30, 2013 Gig was backstage for Justin Timberlake where Gig watched Justin take basketball shots before the concert on the 30th. Gig received a set list, which is a list of the songs and order to be performed for the concert, which he gave as a souvenir to a woman who was in the front row of the concert, who received their tickets from her husband as a birthday gift, and was there with her daughter.

December 6, 2013 Gig was backstage before Beyonce’s concert but Beyonce was late and never did a sound check nor met with anyone, but Gig did receive her set list. After the concert Gig went backstage but Beyonce stayed onstage celebrating the birthday of her twin dancers. While backstage Gig saw that Beyonce’s driver had backed up to the stage which Gig assumed meant she was leaving the arena immediately after leaving the stage.

Gig noticed that Beyonce’s show was highly produced, and her fans were some of the most passionate. 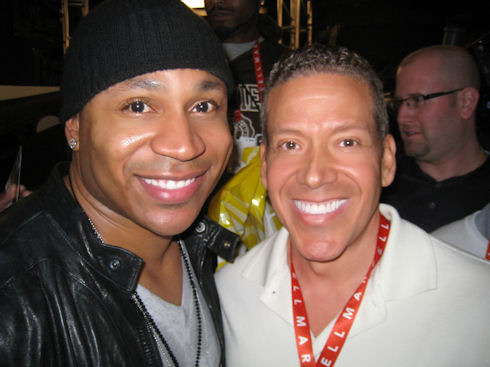 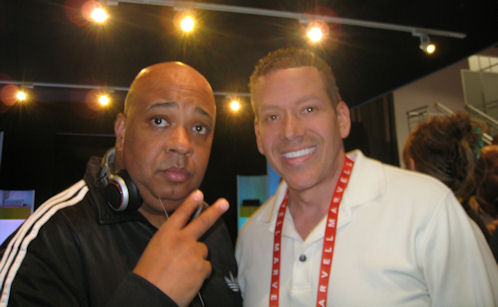 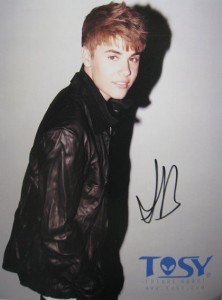 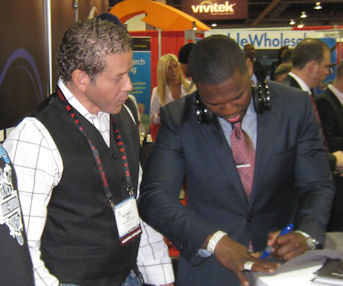 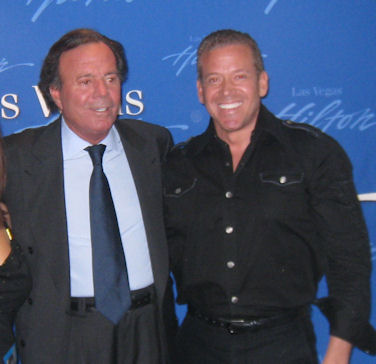 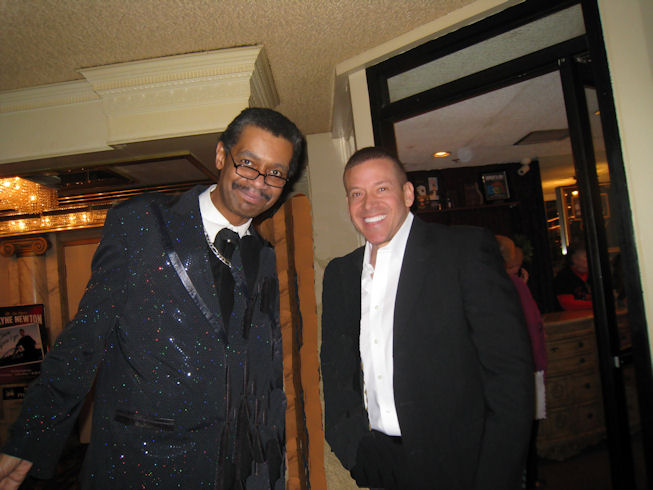 There will also be a session on student feed back where we will share out results of a survey of over military transition resume examples 3,000 students that asked for their input on what constitutes effective feedback.