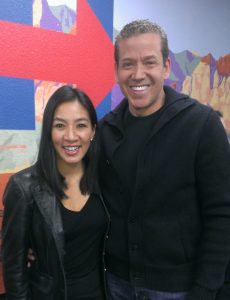 Michelle is currently the Surrogate Outreach Coordinator for the Hillary for America 2016 Presidential campaign.

On March 30, 2016 Gig received a text message that started, “Hi Gig, It’s Michelle…..”, whom Gig assumed might have been Michelle Kwan or Michelle Kleppe, the National Organizing Director for Hillary for America, asking Gig to be an un-elected alternate delegate and to represent Hillary Clinton at the April 2, 2016 Democratic Clark County Convention Caucuses.  However, Gig did not attend the caucuses, and could not if he wanted to because he is not a registered Democrat.