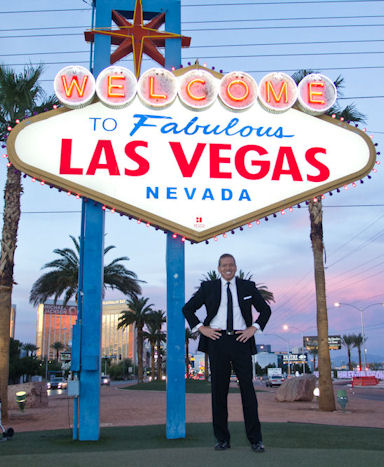 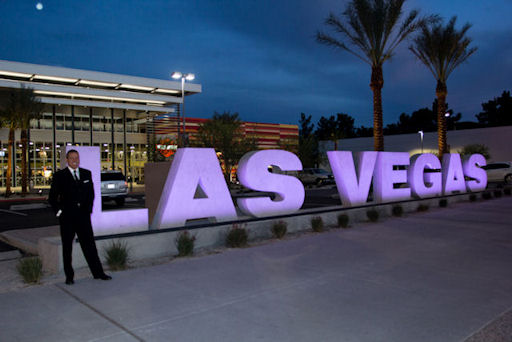 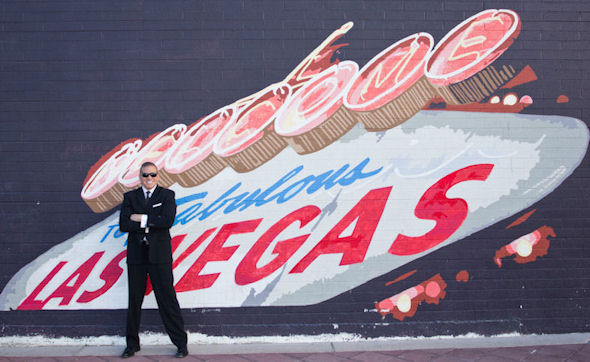 Gig is originally from Southern New Jersey and has lived in Washington, DC. while in college, and Pennsylvania while in college and again for a few months, years later after college. He currently resides in Las Vegas, Nevada and was the first President of the Board of Directors for his new home development’s Home Owners Association. He officially served from January 2007 to January 2009. From his home, in this new home development, Gig had a view of the mountains and the Las Vegas strip. The strip view was partially obstructed when another new home development was built. His home was approximately 12 miles from the south end of the strip to the Mandalay Bay Resort and a 17 minute drive. 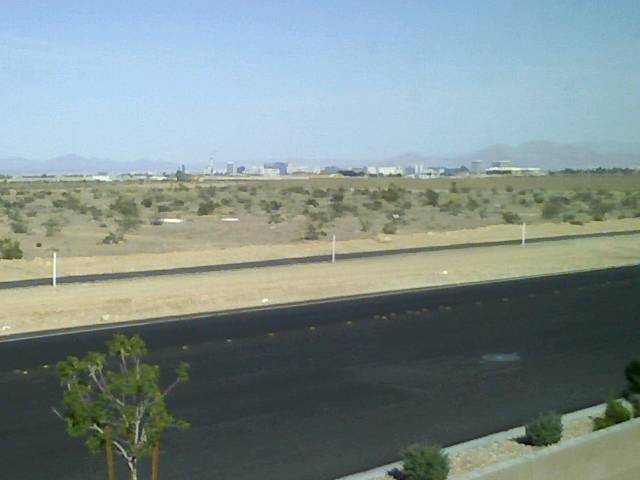 View of the Las Vegas strip from Gig’s master bedroom. 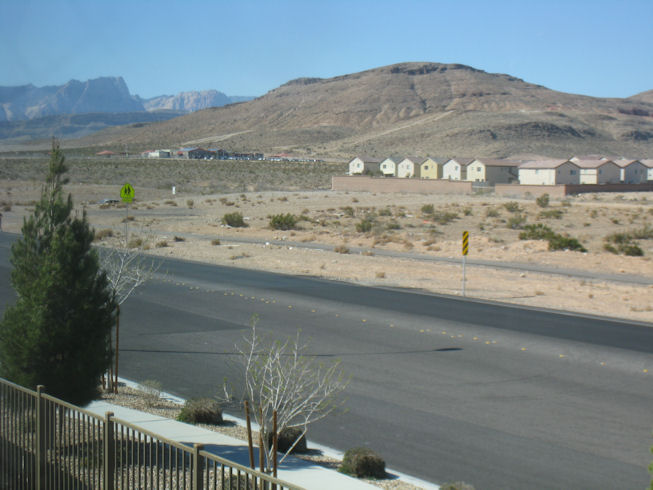 View of the mountains from Gig’s master bedroom. 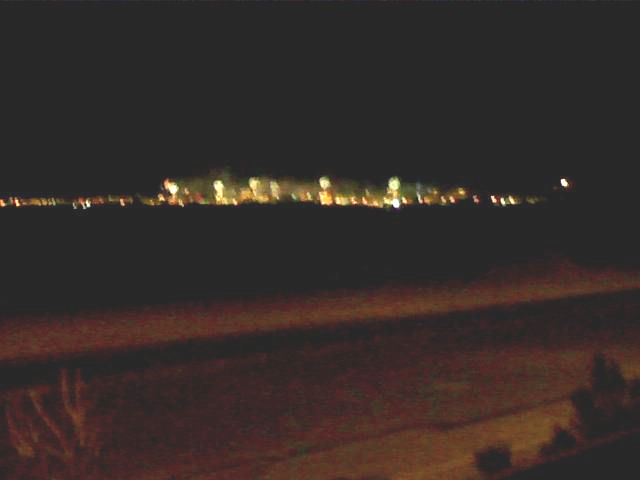 Gig has moved from the community that he was the President of the Home Owners Association to a gated community, approximately 2 miles from Henderson, Nevada which has been ranked as the sixth safest city in the United States in 2012 with a population over 200,000 by a law and public policy website, and the 2nd safest city in 2011 by Forbes Magazine. http://lasvegassun.com/news/2013/nov/27/henderson-again-ranked-among-safest-cities-nation/

In September 2014 at the first Home Owner’s Association meeting that Gig attended in his new community, he and another home owner that was new to the community, who purchased a home across the street from Gig three weeks before Gig purchased, were instrumental in repealing a ban from the community’s rules and regulations that discriminated against dogs over 55 pounds and the specific dog breads Pit Bull, Doberman Pinscher, Rottweiler, Great Dane, German Sheppard, Siberian Husky and Alaskan Malamutes.
Immediately following Gig’s first Home Owner’s Association meeting at his new home development, Gig was asked to join the Board of Directors because they had an even number of board members which could cause issues when voting, but Gig declined.
In the last week of December 2014, the local public high school in Gig’s residential neighborhood announced that the new head football coach will be Randall Cunningham, a former National Football League (NFL) quarterback great, Philadelphia Eagles Hall of Fame Member and star quarterback graduate of the local University of Nevada Las Vegas (UNLV).
This current home is 1.5 miles from Las Vegas boulevard in the south near the South Point Hotel and Casino. And as a comparison to his previous home, 8 miles and a 12 minute drive to the Mandalay Bay Resort. 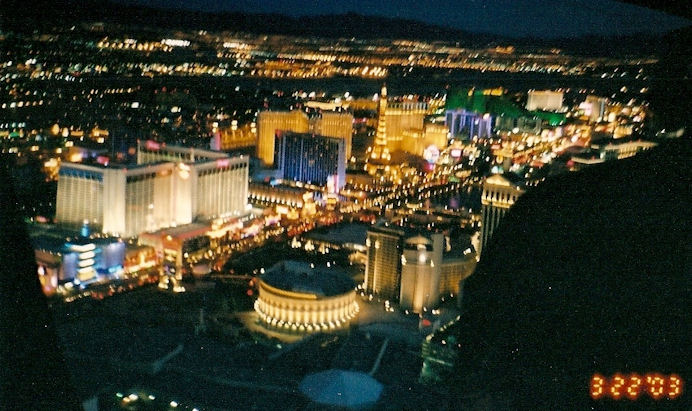 Photo taken by Gig from a helicopter returning from the Grand Canyon, March 22, 2003

The 9-11-2001 attacks on the U.S. prompted Gig to move to Las Vegas, Nevada. Subsequent to the attacks, many Americans made life changing decisions, especially people from the Northeast part of the U.S. and those from the New York and New Jersey areas. Gig decided to stop complaining about cold weather, which he had always done since he was a young boy, and made the decision to move away from the Northeast.

Gig wanted to live in a warmer climate, but it had to be an exciting location to him, so he limited his options to Southern California, Florida, the Phoenix/Scottsdale Arizona area and Las Vegas, Nevada. In June of 2002, during his 41st birthday, Gig scheduled to spend either the month of June or the entire summer in Las Vegas to decide if that was where he wanted to live. Gig does not remember the exact time frame.

Gig was fortunate that he owned an online business that he could operate from anywhere in the world so long as he had access to a computer.

Gig was unhappy with the short term rental property he lived in so he only spent approximately 2 or 3 weeks in Las Vegas at that time. Gig then returned to Las Vegas for the winter months of 2002-2003 and 2003-2004.

People from the Northeast that move to Florida for the winter months are called “snowbirds”. Gig said he was a snowbird that chose Las Vegas instead.

After the two to three weeks of living in Las Vegas in June 2002, Gig decided that Las Vegas was a great place to vacation but maybe not to live. But when Gig experienced a series of personal tragedies in November 2004, December 2004 and January 2005 Gig decided to make the permanent move to Las Vegas since he felt it was already his 2nd home. Gig actually felt that Southern California would have been a better place for him to move to but since he did not have any business, social, entertainment or residential contacts in Southern California he decided to return to Las Vegas.

Gig says he has a tremendous amount of respect for those that can move to new locations without any contacts or connections to the area. In college Gig’s roommate traveled to Europe and Russia with no prearranged relationships. It is common for young people to “backpack” across Europe and stay at hostels. Gig had another friend who was a single female who moved to Rome, Italy to go to college when her college Temple University in Philadelphia, PA had a branch location there. Fourteen years later Gig says he thinks she still lives in Italy. Gig also went to high school with international exchange students, and had a friend who was a school teacher in Las Vegas who took a job in China to teach English before Gig met her. She was a single female who said the living conditions, and even the public bathroom conditions, were so primitive that she would never do it again.

Gig says he reveres those that can move to another country or can even travel abroad alone, but that he does not have that type of quest for adventure. In fact the opposite is true. He thinks he would find those events unnerving, uncomfortable and create a sense of loss of control.

In December 2005 Gig made the permanent move to Las Vegas and sold his New Jersey home fully furnished, which was an option Gig offered.

Despite Las Vegas being substantially warmer than New Jersey in the winter months, Gig believes Las Vegas is still too cold for him and says he will probably acquire a second home in Florida, Southern California or Phoenix/Scottsdale Arizona sometime in the future. He adds that if he never sees snow in person again for the rest of his life, he is perfectly fine with that. He told his mother that he did not know how mothers can have babies and small children while living in freezing weather with snow storms and ice on their cars and streets. Routine activities like going food shopping must be so difficult. Especially with coats, mittens, hats, strollers, grocery bags,… And now with car seats, diaper bags, etc..