Gig attended a small private high school that did not have a football or baseball team so he played soccer, basketball and tennis. Gig played Varsity in all 3 sports for all 4 years. Gig was also the captain of the various sports teams but says that he can not recall the specifics.

Gig was All State in soccer and set many southern New Jersey scoring records becoming the All-Time leading scorer in South Jersey history. He broke the southern New Jersey scoring records that were once held by Cleve Lewis who is the older brother of the Olympic track stars Carol and Carl Lewis. Gig and the Lewis family went to high schools in the same county that were approximately 15 minutes from one another. Gig Schmidt and Carl Lewis both graduated from high school in 1979. While in high school, in the fall, during the soccer season, Gig received a lot of the high school sports media coverage for the Philadelphia and Southern New Jersey areas, and in the spring, during the track and field season, Carl Lewis received it.

Gig started varsity soccer his freshman year in college at Bucknell University and transferred to American University which was 7th in the nation and later 2nd. Gig’s college athletic career ended due to an injury and lack of interest.

Gig also played varsity basketball and tennis in high school and was a member of a 2 consecutive year New Jersey Parochial Group B and C State Championship tennis team.

When Gig was a junior, the entire school student body, 9th-12th grades, had a first ever karate instruction course. Gig received the highest score/rating in the school and was subsequently asked by the instructor, who was also one of the school’s physical education teachers, to pursue karate. Gig declined the offer preferring to participate in the school’s traditional sports offerings. Gig said that in defense of the seniors, this karate course may have been conducted during a time that the seniors were away from regular school activities, which might have included this karate class, participating in their senior class internships. 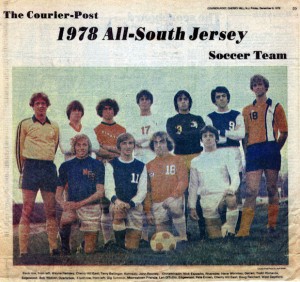 All South Jersey High School Soccer Team, senior, published in the Camden County Courier Post Newspaper, New Jersey, Gig is front row kneeling far left, Friday December 8, 1978.  Gig was also All State but due to the various locations in the state of the athletes, a single group photo was never taken. 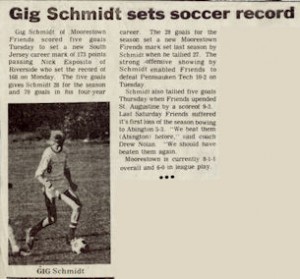 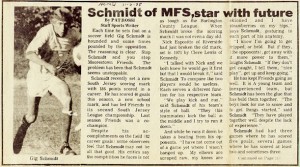 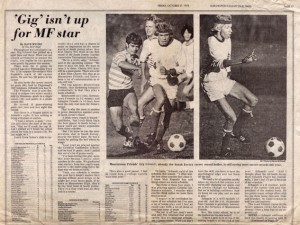 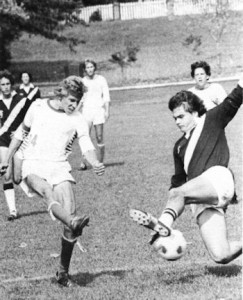 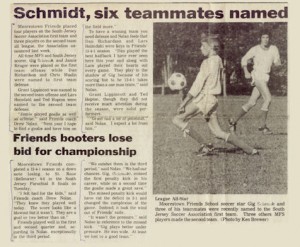 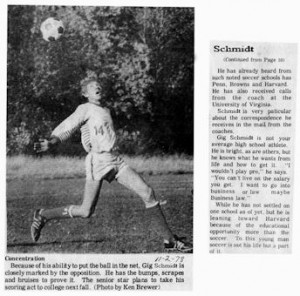 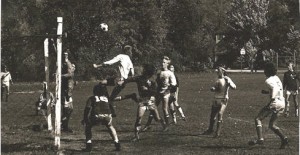 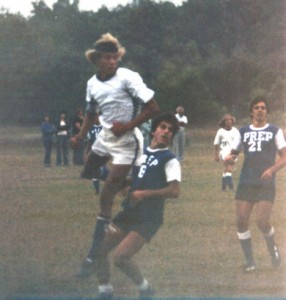 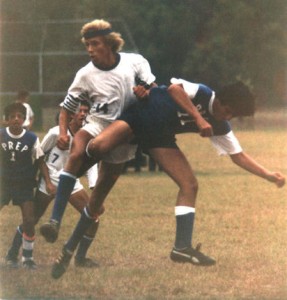 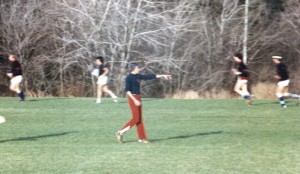 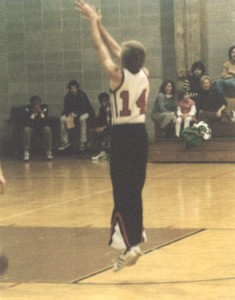 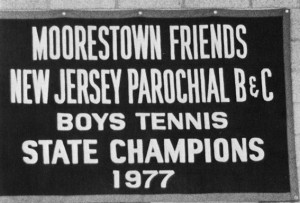